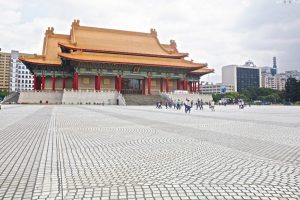 Since the 1970’s Taipei has transformed from a sleepy city to a major metropolitan hot spot. Taipei City is home to two and a half million people,Taipei is the capital of Taiwan and one of Taiwan’s Top Travel Spots. Taipei is considered to be a global city and is the cultural, political and economic center of Taiwan. In this travel video, we tour and explore Chiang Kai-shek Memorial; erected in memory of the 20th-century Chinese political and military leader. Then it’s off to Longshan Temple, where you can search for spirituality seven days a week. If you are an Asian art enthusiast, Taipei’s National Palace Museum has one of the largest collections of Chinese artifacts and artworks in the world. 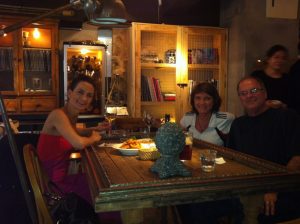 If you are fancy yourself a trendsetter then travel with us to the trendy side of Taipei, the newly developed Eastern District has now become the most cosmopolitan part of Taipei. Taipei City Hall, Taipei City Council and Taipei 101 are all located in this district. Call it Taipei’s Tribecca or SoHo, here you will find it all: shopping, dining and of course wine-ing. I fell in love with LaMESA, a cute and contemporary tapas bar in the heart of Taipei with menu designed by Chef Paco. Another hot spot in this hip district is Costumice Cafe, where they serve coffee, sandwiches, beer and wine. 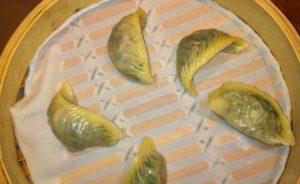 If you would prefer to take a step back, then Beitou Hot Springs might be more your speed. Beitou is a northern district of Taipei famous for its hot springs and home to the Beitou Hot Springs Museum. Built during the Japanese occupation, the museum is located in Qinshui Park and was once the main public bath in Beitou.

Wine Oh TV’s Monique Soltani partnered up with the Taiwan Tourism Bureau to bring you 10 days in Taiwan. In our first travel video, we showed you the east and parts of the southern region of Taiwan. In our second travel video, we headed straight for the center of the island and explored Sun Moon Lake. In our third and final travel video, tune in as we show you why Taipei is the toast of Taiwan and even give you a taste of Taiwanese whiskey and wine!

To watch our first travel video from Taiwan: Click Here!

To watch our second travel video from Taiwan: Click Here!

Want some tips planning your trip to Taiwan? Check out the Taiwan Tourism Bureau for more information!

***Special thank you to the Taiwan Tourism Bureau for sponsoring this trip to Taiwan, to Frances Larose of The Larose Group for making the trip possible for me, and to Sidney Erthal of Sidney Erthal Photography for being a fabulous travel companion and for allowing me to use some of his photographs in this story.***