A Horse of A Different Color: Saint-Emilion Grands Crus Classes By: Laura Ness 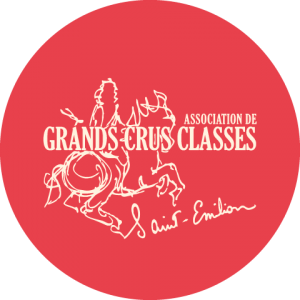 When I was a teenager, I finally convinced my Mother to pay for horseback riding lessons: something I’d wanted to do since I was able to walk. My instructor, who lived even farther out in the boonies of the Hudson Valley than we did, boarded three horses, two of which I got to ride. The third, an impressively enormous black stallion with a white star on his face, was a bit too out of control for a beginner like me. At 18.5 hands high, Danny Boy was stunning, high-spirited and slightly evil. He was constantly grabbing hold of the rope handle to the barn door, which swung at least 20 feet over my head, pulling it down with a thud. If you turned your back to him, he was nipping on your hair band, trying to steal your sweater or biting your butt. I wanted nothing more in the world than to ride this magnificent, forbidden beast: I knew he had to be the smoothest, most amazingly powerful example of horseflesh I’d ever get close to. But, alas, it was not to be. 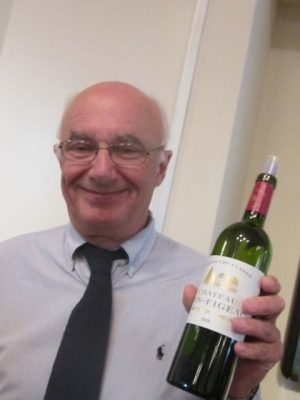 I’ve always looked at Right Bank Bordeaux with the same amount of admiration and lust. But I’ve never had the opportunity to taste enough of them to cement my fantasy. Fortunately, a lovely stable of Right Bank Bordeaux from the Saint-Emilion region came galloping our way to visit these United States last week, and one stop was in San Francisco at the beautiful SF Terra event center on Harrison Street. Some 35 French producers brought their 2009 and 2010 vintages and let’s just say, that’s a whole lotta RBBs.

Organizer Paul Wagner from Balzac Communications wryly noted that this event offered way more Saint-Emilions than most people would get to taste in a lifetime. He also observed that 2009 was supposed to be a “killer vintage” from this region, but that to his palate, the 2010 crop is certainly a superb standout.

Saint-Emilion, small as it is, happens to be a mighty heavyweight when it comes to world renown and acclaim. In fact, three of the world’s top ten most influential brands for 2013, according to Wine Searcher, came from Saint-Emilion, including Château Pavie and Chateau Angélus, along with perennial darling, Petrus. Petrus is located in the Pomerol appellation near its eastern border to Saint-Émilion.

I asked President of the association, Alain Moueix, why his group of wineries chose a uniformed regal figure astride a galloping horse as their symbol: it floats in a bright pink background. He replied, “It is because Louis XIV revered Saint-Emilion. This is the statue that is in front of Versailles.” In fact Louis XIV praised this region’s wines, saying “Saint-Emilion: the nectar of the Gods.”  Moueix says on the association’s website that the horse is an ideal symbol to embody the power, elegance and nobility of Saint-Emilion wines.

Interestingly, many of the wineries who participated in the tasting employ the consulting services of Michel Rolland or one of his associates. Hmmm. Is that good or bad?

Of the wines I tasted with my companion, Tracey Hoff of Steven Kent, we quickly identified a few that simply stunned us with their brilliance. We both rated these producers as our top three, and we had similar tasting notes.

Flavors: Rich, round expressive tannins, with lots of coffee. Silky smooth as a canter through a forest on a fall day. Fantastic!

Aromas: Earthy and smokey, like a bonfire on a cool fall day.

Aromas: More perfumey than the 2009. Filled with sandalwood and juniper incense.

Aromas: Now, this is Bordeaux! Tar, earth, autumn leaves after a first rain.

Flavors: Pretty raspberry dark chocolate chile brittle with great tannins and a forever finish. I prefer this to the 09.

Flavors: Grippy and savory, with a great bite. Very taut through the middle, with excellent balance and a lovely sandalwood finish. Like a cool breeze in a pine forest.

It should come as no surprise that my #1 top fave reminded me of a stable full of horses. And I still can’t get Danny Boy out of my head.