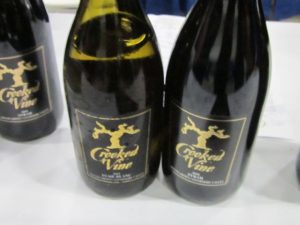 Rain showers, downpours, breaks of sun, brooding clouds, a parking lot filled with the brilliance of autumn leaves and rainbows around the bend: such is a Saturday in November. Despite all, the Tri-Valley Wine & Food Festival at the Pleasanton fairgrounds brought in a good gathering of wineries, brew pubs and food purveyors to keep a modest crowd of 200 or so imbibers intrigued, entertained and educated, if not satiated. The pours were generous, the music energizing and the vibe celebratory, as many wineries in the Livermore region, including Concannon, Garre, Crooked Vine, Las Positas, McGrail and Rodrigue Molyneaux shared the spotlight with those from Santa Clara (Guglielmo) and the Santa Cruz Mountains (Poetic Cellars). 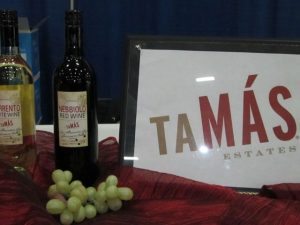 There was literally a Wall of Wente, with everything from the best-selling Wente Riva Ranch Chardonnay to entwine to Murrietta’s Well and of course, Tamas Estates. It was fun to see all the new screw-tops from the latter, including their ever-popular Double Decker red and the serviceable, refreshing Pinot Grigio. The 2009 Nebbiolo shows some real tangy promise, and the Sorrento is certainly a wine aimed squarely at the millennial palate, with its lush and slightly sweet middle, owing to gobs of ripe Viognier and Chardonnay fruit. 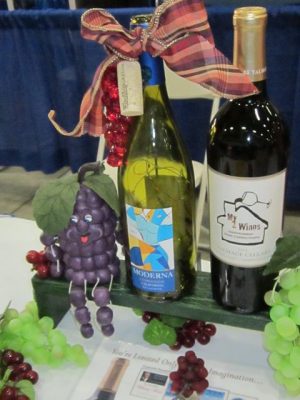 Newcomers Bill and Sandy Thomson of Harris Tesla, poured their lovely Cabernets for the first time ever in a public setting, and got a rousing reception for their 2007 and 2008 estate grown wines from the vineyard that surrounds their Livermore home. They sell fruit to Rhonda Wood of Wood Family, who produces a Thomson Ranch designate Cabernet from the property, as well as to Collin Cranor of Nottingham Cellars, and to a handful of others in the area, including the The Wine Group.

Women loved the 2007 Harris Tesla Cabernet, while men preferred the woodier, heat packing 2008, prompting Julie from Winemaker’s Pourhouse to admit this did not surprise her, since the 2009 was far oakier: 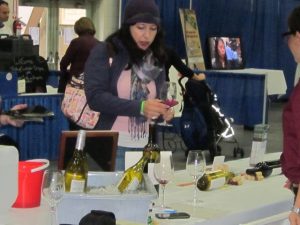 This seemed particularly appropriate, since there was a golf show going on concurrently next door, and quite a few golf shoppers made the transition through the food truck court to imbibe in the simple pleasures of the grape and the hop. Several beer vendors also plied their wares.

Entrants received a logo’d glass, 12 tasting tickets good for food and wine, along with a plate and bamboo spork, a combo of fork and spoon, with which to indulge in the various delicious delights, which included a truly tasty Greek salad by Café Main. It was the right amount of everything, including tangy feta cheese and olives: yum! 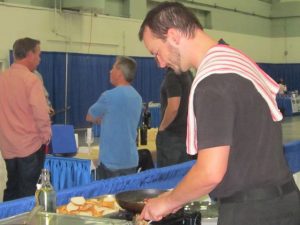 I was impressed by the flavors of roasted chicken and pepper crostini, and my husband, Greg, enjoyed the seared ahi tuna with aioli on pita chips, both prepared by Jeffrey’s Catering. Truly the lamb chops from Pleasanton’s Baci Bistro were the bomb, especially when paired with the 2009 La Rochelle Sleepy Hollow Pinot Noir from the Santa Lucia Highlands, or the 2009 Guglielmo Barbera, alive with dancing fruit and plenty of acid to cut the fattiness of the lamb. 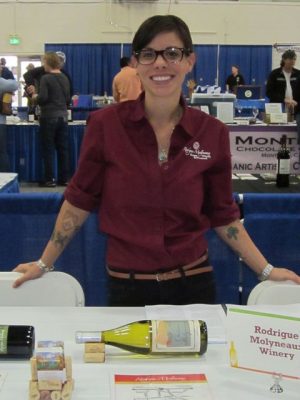 People kept saying how well the Pourhouse’s turkey chile complimented the “Il Segreto” blend of Barbera and Zin being poured by Rodrigue Molyneaux, while the Poetic Cellars “Mirage,” a rose of Syrah from Livermore Vineyards, really excited those looking for the perfect Thanksgiving wine. Winemaker Katy Lovell still owns vineyards in Livermore off Tesla and Vasco, from which she sources the majority of her fruit, including the well-built, cherry-cigar filled 2007 Minstrel Vineyard Merlot, and the intense, brambly, plummy 2006 Reserve Syrah. 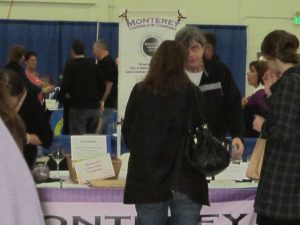 Concannon was right next to Monterey Bay Chocolate Company, which was fitting, as their Petite Sirah and Crimson and Clover blend of Petite Sirah and Zin, are natural companions to anything chocolate. I particularly enjoyed the Concannon Chardonnay, as it has that right amount of lively citrus and happy stonefruit flavors that keeps this beverage from going down the common rathole of melted butter in a bottle. Concannon winemaker No, Julian Halasz has more class than to turn a delightful grape into something resembling oak-chip tea. 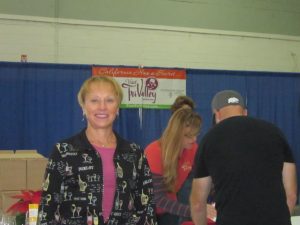 Speaking of tea, there was also a tea vendor providing Chai samples and selling organic teas of all permutations and persuasions. I don’t generally mix tea with wine, so cannot comment on their prolific offerings. Similarly, I did not indulge in the wine grape ice cream, but I watched as my friend Jim enjoyed every last slushy looking bit of purpleness.

The band, from Santa Clara University, really kept a nice Latin jazz beat going, and except for the numbers where the blaring, nearly deafening horns came to life, made a pleasant backdrop to an informal social gathering with a decidedly upbeat, casual block party feel.

Hats off to Geoffrey Sarabia-Mason, VP of Tourism and Sales Development for the Tri-Valley Convention and Visitor’s Bureau, and his enthusiastic team, for pulling off a successful first effort. Looking forward to the next iteration of this event next year.