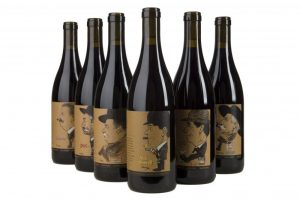 Vasco Urbano: A New Way to Rhone in Livermore

One fall afternoon after lunch, young winemaker Collin Cranor of Nottingham Cellars was in downtown Livermore and had a few minutes to burn before returning to the winery. He dropped into the Livermore Heritage Guild’s Carnegie Museum looking for inspiration for a new label. While brainstorming with the ladies, they pointed him to a book called “Vasco’s Livermore,” written by local authors and history lovers, Anne Marshall Homan and Richard W. Finn.

The book is a delightful collection of hundred-year-old portraits of early 20th century Livermorians by Australian caricaturist Vasco Urbano Loureiro, who was born in London to Portuguese parents, and educated in Australia, where he studied drawing at the National Gallery of Victoria Schools. 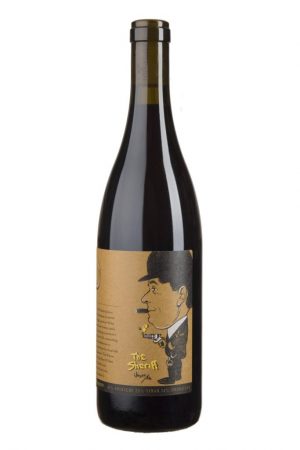 An itinerant artist with a penchant for travel, he came to Livermore in the pre-Prohibition days, toting a tin box of crayons. He happened into the Hub Saloon and began to sketch the patrons, charging 50 cents or a dollar for each caricature.

Loureiro was gathering material for a book that he tentatively called “Around the World on a Pencil.”

Before leaving for his next stop, Seattle, the artist sketched 43 caricatures, all of which were proudly displayed in the Saloon, even through Prohibition, when it became a soft drink parlor.

In 1932, the caricatures were put on display at Dan’s Place, operated by Daniel August Berry, a subject of one of the caricatures. They remained there until the city of Livermore condemned the building in 1962. Subsequently, the artwork was stored in barn, which caught fire: fortunately, Daniel Berry’s son managed to save the drawings.

When the collection came to the attention of Livermore resident, historian and genealogy fan, Dick Finn, he presented them to Anne Homan, Livermore historian and author. The two decided to collaborate on a book, researching the lives of the 43 men depicted in the collection and the life of the artist, who died at age 38 as a result of injuries incurred during the first World War.

Collin was instantly taken by the amusing caricatures the artist had rendered of Livermore citizenry, and thought they would make wonderful wine labels. The seed of a great idea had been planted, and the concept of Vasco Urbano Wine Company began to take shape.

Cranor says his decision to create another brand came from the burgeoning number of wines he found himself making under the Nottingham Cellars label. There were too many different threads and he felt it was getting confusing.

“Just a few years ago, I had only 40 barrels. I could track them all on one spreadsheet and one white board. All of a sudden, I have 602 barrels, two full time guys in the cellar and we’re doing our own lab work. My philosophy went from ‘Bring it on! Let’s try this, let’s try that!’ to ‘Focus,’”  – Collin Cranor

Cranor says that Vasco Urbano is strictly Rhones: for now, that includes Viognier, Grenache, Mourvedre, Syrah and Petite Sirah. The Nottingham Cellars brand will focus on Bordeaux style wines, as well as Chardonnay.

This Saturday, June 7, marks the official launch of Collin Cranor’s new brand, proudly located on the road that bears the artist’s name.

There’s a lovely Grenache Rose from the Ghielmetti Vineyard and a pure ripe nectarine-packed Viognier from Arroyo Seco, along with a vineyard designated Grenache, as well as a Livermore-sourced GSM blend called “The Sheriff.” 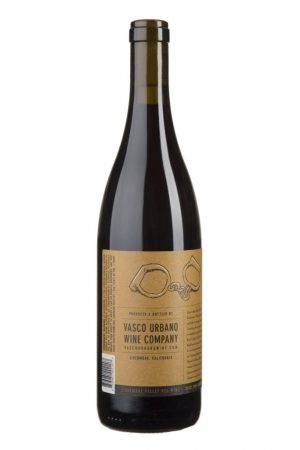 You’re invited to check out these wines at the Vasco Urbano Wine Company tasting room, whose walls are festooned with large format renderings of the labels featuring the caricatures Loureiro sketched almost 100 years ago. Beginning with a 1910 Model T out front, the entire place will exude the atmosphere of an old saloon, complete with giant mirror and wooden bar. You’ll feel right at home if you dress like Bonnie and Clyde.

The authors of the book, “Vasco’s Livermore,” will be in the house to lend their autographs, there will be music and food, and of course, a local caricaturist will be on hand to help capture the mood of this celebratory moment.

Don’t miss your chance to be artistically rendered on this happy occasion that celebrates both an artist with a box of crayons and a winemaker with a cellar full of barrels.

Their tireless pursuit of their particular passions led them both to fulfill at least the beginnings of their dreams. Somewhere, Vasco Urbano is smiling as he sees his compadres forever immortalized on the labels of the Valley’s most exciting new Rhone wines.