You don’t need to believe in magic to know that wine country has been thirsty for a water miracle during this difficult dry year. Throughout the drought we have seen rain dances, prayers and now witches are coming to the rescue. The Napa Valley has a secret weapon in the war on dry weather. Wine country has its very own water witch: Marc Mondavi Winemaker, The Divining Rod Wines and Vice President of C. Mondavi & Family Marc Mondavi. 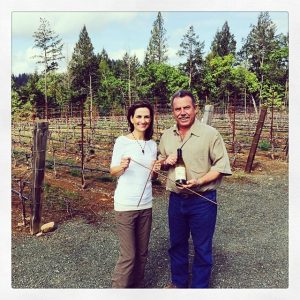 This winemaker turned warlock doesn’t twitch his nose to cast a spell, his divining rods do the trick. Armed with copper rods he uses his powers to predict where farmers should dig for water and discovers the best place build a well. In this video, Wine Oh TV’s Monique Soltani interviews Marc Mondavi who says by giving life to countless vineyards across California, he literally “turns water into wine.”

If this sounds more like hocus pocus than hard core science well your not alone. Most scientists do not give a second thought to water witches. However, if you turn to history you can see water divining is an ancient art and a craft whose origins are as mysterious as the practice itself.

Written records of divining can be traced back to 14th century Germany, but even earlier mentions have been found dating back to Herodotus the Greek in the 5th century B.C. Cave drawings dating back much earlier seem to depict water divining, although its precise origins remain a mystery.  In the early 16th century, a lot of buzz was created when Martin Luther declared it “the work of the devil.” The practice of divining has commonly been used to find underground water, but it has also been employed to locate precious metals, gems, oil and other materials or objects. Diviners or “water witches” use a divining rod that is typically constructed of wood or metals, and gives an indication to the location or directionality of underground water or materials.

In World War I and World War II, advancing military forces utilized the services of water diviners in order to establish base camps and keep their hold on captured land – you can imagine how important it was to find clean and abundant drinking water in a foreign land in the middle of a major war. Both The New York Times and The Observer reported the use of dowsing in Vietnam by the U.S. Marines 2nd Battalion, 5th Marine Regiment in the locating of enemy underground tunnels. 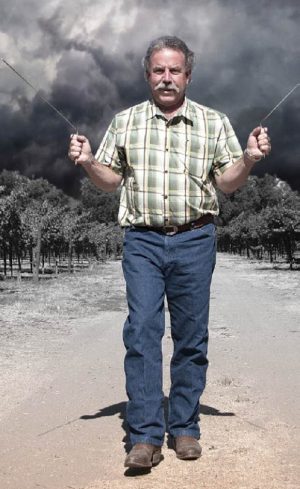 C. Mondavi & Family, the family wine business dating back to 1943, is led by Peter Mondavi, Sr., and has been family owned and American grown, produced and bottled for 70 Years.

The Divining Rod is produced by Marc at his family’s Napa Valley winery located in St. Helena, CA.

The Divining Rod is the first new brand from C. Mondavi & Family in over 60 years and has secured its place in a long line of fine wines created by this iconic family.

Divining – the search for underground water or a variety of other items or materials such as precious metals, oil, lost objects, more; synonymous with Dowsing or Witching.

Divining rod – tool employed by diviners, typically constructed of wood or metals such as brass or copper. A single Y-shaped wood rod or dual L-shaped metal rods are common examples. The divining rod channels the energy of the diviner and gives an indication of positive or negative response, location or directionality

Winemaker Tasting Notes: Aromas of pineapple with hints of lemon curd, mango and brioche. Look for pleasant undertones of citrus with flavors developing to stone fruits with a bright acidity and a lingering finish.

Blend: 95% Chardonnay and 5% “a little magic” (Sauvignon Blanc and Viognier)