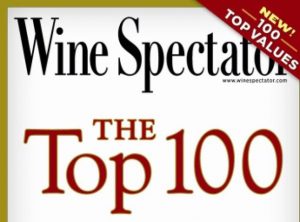 In 2011, Port surged to remarkable heights of quality, with some vintners declaring it the best vintage in 50 years. The Dow’s Vintage Port 2011 was the highest-scoring wine of the vintage at 99 points, or “classic” on Wine Spectator’s 100-point scale. It is a fine value for its category at $82 a bottle, and 5,000 cases were made.

The wine stands as a monument to quality and the modernization of the Douro over the past two decades. Due to its combination of power, quality and fair pricing, and for being the best of the best of an amazing vintage, the 2011 Dow’s Vintage Port is Wine Spectator’s Wine of the Year. Two other Portuguese wines from the Douro cracked the Top 10 this year, and a total of six Portuguese wines are ranked in the Top 100 of 2014, capping the nation’s best performance to date.

These wines were selected from a pool of 18,000 wines by Wine Spectator editors in the magazine’s independent blind tastings. Selections are based on four criteria: quality (represented by score), value (reflected by release price), availability (based on the number of cases made or imported into the U.S.) and what Wine Spectator calls the “X-factor”—or, in other words, the excitement generated by the wine.

The Top 10 Wines are now featured on www.top100.winespectator.com, with the full Top 100 list to be unveiled online on Monday, November 17. The list will also be published in Wine Spectator’s special Top 100 issue, on newsstands on Dec. 2.