Celebrate  International Women’s Day with Celebration of Women Vintners on March 8, 2014 at the 2nd Annual Women of the Vine Napa Valley Wine Tasting.

MORE Uncorked®, More magazine’s first-to-market wine club, announces a continued partnership with Women of the Vine® to sponsor the second annual Women of the Vine® Grand Tasting Event at The Meritage Resort and Spa in Napa, CA on March 8, 2014. Held during Women’s History Month and on International Women’s Day, the event will celebrate the achievements and advancement of women vintners spanning the globe.

“We’re thrilled to continue our relationship with Women of the Vine® as we bring MORE Uncorked® to life in such a luxurious setting. The intimate tasting encourages More consumers to explore their passion for wine alongside some of the most accomplished female vintners.” 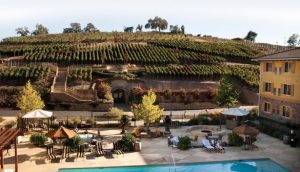 The Women of the Vine® Grand Tasting Event sponsored by MORE Uncorked® will unite more than 30 of Napa Valley’s finest women winemakers and proprietors for an exclusive tasting and discussion. The event will take place on Saturday, March 8 from 5:00 to 7:30 p.m. PST and will feature wines from acclaimed winemakers including: Heidi Barrett from La Sirena, Nova Cadamatre from Robert Modavi Winery, Julianne Laks from Cakebread Cellars, Stephanie Putnam from Raymond Vineyards, Kelly Fields from Joseph Phelps, Lisa Bishop Forbes from Chalk Hill Estate and more. More magazine includes Carolyn Pollack Jewelry and Riedel® as sponsors of the event.

Deborah Brenner, founder of Women of the Vine

“The Women of the Vine® Grand Tasting event is the first to bring award-winning women winemakers and proprietors together to pour their wines, all under one roof. It is so exciting to meet the talented women behind the labels themselves. What began as a book has evolved into the first of its kind wine alliance for women in the wine industry.”

Consumers are invited to join MORE Uncorked® and Women of the Vine® for additional events throughout the weekend, including:

To purchase tickets or to receive further information about MORE Uncorked® and the Women of the Vine® Grand Tasting Event, please visit moreuncorked.eventbrite.com.

Launched in September 1998, critically acclaimed More is the only lifestyle publication that celebrates women of style and substance. More is the leading voice of women enjoying the richest years of their lives, sharing the latest on beauty, fashion, health, career, finance, travel and culture. More serves a community of affluent, influential women interested in reinventing themselves and their world. More is published 10 times a year by Meredith Corporation with a rate base of 1.3 million and readership of nearly two million. More was named 2006 Magazine of the Year by Ad Age and also landed on the publication’s “A List” of Top 10 magazines in 2007, 2005 and 2003. Also, Adweek named More to its 2006 “Hot List,” Capell’s Circulation Report honored More as one of the Top 10 Newsstand Performers in 2006, while Media named More the “Best Women’s Lifestyle Magazine” of 2004.