These Zins Are IN 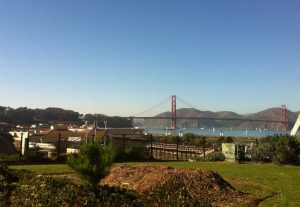 Hey ZAP nice new digs! The Bay Area’s hottest Zinfandel wine tasting just got a whole lot hotter. The red wine tasting event known as ZAP put on by the Zinfandel Advocates and Producers decided to shake things up a bit and turned the former drunk fest into a highfalutin day of wine filled fun. I know that all of us Californians are praying for rain, but the weather gods didn’t hear our prayers which is bad news for just about everyone, but made for a fantastic warm day at one of San Francisco’s my iconic areas. Picnics and sunbathing a aplenty as Zinfandel lovers took advantage of the above average temperatures. Over all it was a picture perfect day. My one suggestion for next year would be get more food trucks. They ran out of food by 4pm so I hightailed it to the Presidio Social Club and felt very fancy! While Zin is always IN in my book, here are a few Zinfandel’s I got to taste and I think you might want to too! 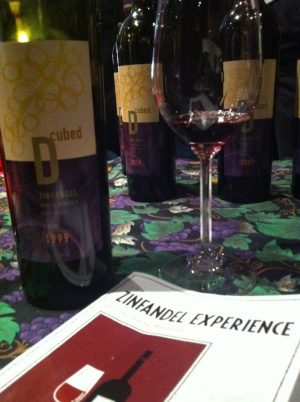 1999 D Cubed Napa Valley Zinfandel 1999 was the same year I got my first job working as a television news reporter so that tells you just how old this Zinfandel wine is. Getting a little long in the tooth hasn’t hurt this Zin one bit. If only the rest of us were so lucky to age like this fine wine. This wine showed very well and it’s no surprise given the D behind D Cubed Cellars.

“I will always concentrate on Zinfandel…aside from being my favorite grape; it’s just fun to drink! Zinfandel’s has a loose celebratory, raucous feel about it– not the serious, hushed tone of Bordeaux varietals. This varietal is a great grape to taste alongside other Zins to begin to understand regional, vineyard, winemaker and production variances. It’s a great evening when I can sit down with a bunch of friends and a handful of Zinfandels (including some of mine of course!) while we taste and evaluate the night away! Line ’em up and try them!” – Duane David Dappen 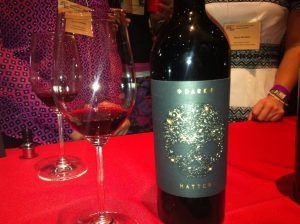 2007 Dark Matter Wines Howell Mountain Zinfandel These fourth generation Mondavi winemakers have vino in their veins. Angelina Mondavi, Alycia Mondavi, Riana Mondavi, and Giovanna Mondavi are four sisters from the epic Mondavi wine family and our pouring their heart and soul into the grape that is planted in over 10 percent of California vineyards.

Here’s what Dark Matter Wineamker Angelina Mondavi has to say about her 2007 Zinfandel: “The 2007 Dark Matter Zinfandel displays a complex nose of black pepper, plum, blackberry, dark chocolate and cedar. On the palate, concentrated flavors of black cherry, dried plum, black pepper spice and cedar create this medium to full bodied wine with a balanced finish.” 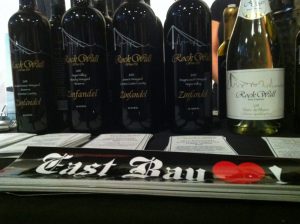 “The name Rock Wall refers to the defensive perimeter wall built during WWII in the San Francisco Bay to protect the base from Japanese air to sea torpedoes. All military installations on the west coast created similar protective barriers. This wall is visible from our facility as well as elsewhere on the base. The wall has also been a popular fishing location for local anglers looking for striped bass.” 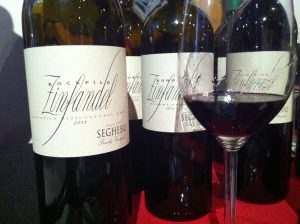 Ted Segeshio is the award winning winemaker behind the bottle. Segeshio’s wines have been named to the Wine Spectator’s annual Top 100 List seven times and Ted has been honored with Decanter’s Best American Red Trophy in 2007, by Food & Wine’s American Wine Awards and by the San Francisco Chronicle’s Wine Competition as Winemaker of the Year. 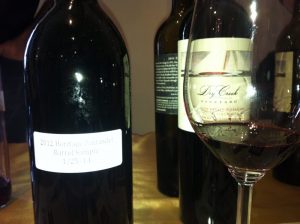 Something new at ZAP this year was the Reserve & Barrel Tasting. This event was designed with wine lovers in mind. We got a chance to taste new and rare wines and sneak a sample the wine before they are primed for the popular wine market. While barrel tasting can be tough, the trick here is to trust your gut. If you don’t like it in the barrel you won’t like it in the bottle. Here are three Zin-sational wineries who’s barrel samples showed me their bottled wines are sure to be simply divine. Dry Creek Vineyards, Turley Wine Cellars, and Ridge Vineyards. 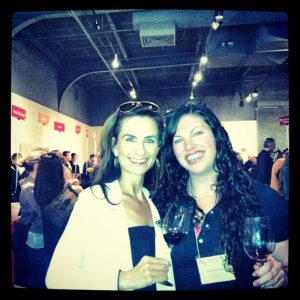 What makes Zinfandel so special that it gets it’s very own festival you ask? Well, because it’s OUR grape! Zinfandel has held a long tradition in California and has become known as America’s Heritage wine. Zinfandel’s history is a classic All-American success story—transforming from a little-known grape into one that has achieved such tremendous popularity that it has grown on more than 50,000 acres in the United States. With that we raise our glass to the little grape that could and look forward to celebrating this great grape again next year and beyond!