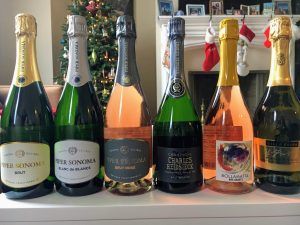 It’s not secret the past 12 months I have had a straight up obsession with sparkling wines from around the world.

Pop the cork and pair your favorite sparkling wines with good friends, the new year french fries, latkes or the traditional green bean casserole. You just can’t go wrong with a beautiful bottle of bubbly.

I recommend going into your local wine shop and picking their brain on picking up the best bottle of bubbly for your buck. My go to stop for the past 365 days has been the The San Francisco Wine Trading Company.

But before you head in, read on, here are my picks for six sparkling wines from around the world, I’ll be sipping this holiday season and beyond! 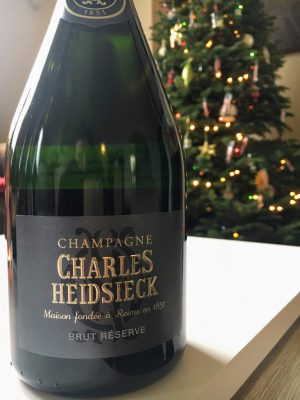 There’s a good reason I spent my honeymoon in Champagne and the good reason is I LOVE CHAMPAGNE! Many people say Champagne as a catch all for all sparkling wine. However, it’s actually illegal to label any sparkling wine as Champagne unless it’s produced in the Champagne region in France. The main grapes for Champagne are Pinot noir, Pinot meunier, and Chardonnay.

33% of each of the classic varietals, combined with 10% reserve wines and an average of 10 years on lees makes the Charles Heidsieck NV Brut a true treasure of Champagne.

The smallest of all the Grand Marques Champagne Houses, Chef du Cave Cyril Burn carries on the legacy of the legends before him to produce a complex and sophisticated non-vintage that can carry any holiday meal. 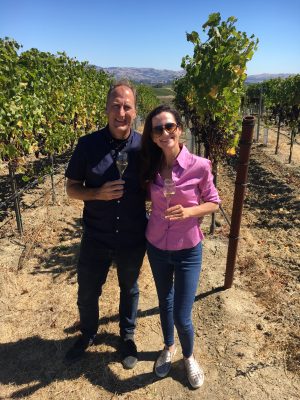 PROSECCO!! It’s fruity, it’s affordable, and it’s fun to say. Plus, the relatively low alcohol content (typically 11% or 12%) and versatility mean Prosecco pairs well with a lot of fabulous foods.

Villa Sandi is one of the leading producers of Prosecco and devotes the utmost care and attention to its quality.  They produce in every classification, from Treviso DOC to Cartizze DOCG.  This IL Fresco Brut is a blend of Glera, Chardonnay and Pinot Blanc.

I first interviewed Keith in 2010 at Schramsberg. Under the guidance of consultant winemaker Keith Hock, Piper Sonoma’s new releases are all sporting refreshed packaging, and are perfectly priced for holiday entertaining. 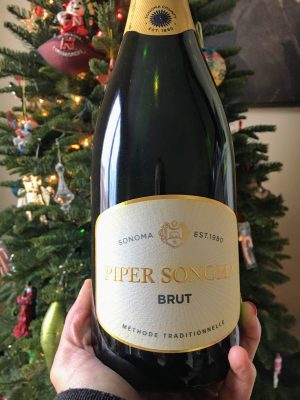 Renowned for style and consistency, the NV Brut is the backbone of Piper Sonoma, who has been making wines in Sonoma for nearly 40 years. A blend of 70% Chardonnay, 20% Pinot Noir and 10% Pinot Blanc, this wine has 7% reserve wines and is a dry style.

Holiday celebrations are a perfect calling for this sparkling Sonoma classic.

Schramsberg Blanc de Blancs gained international recognition in 1972 when then President Nixon served the wine at the historic “Toast to Peace” in Beijing, China. 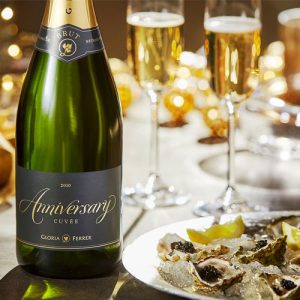 This limited production sparkling wine is produced from Gloria Ferrer‘s estate vineyards in the Carneros region of Sonoma, California. Everything about the wine is  carefully chosen, from the hand- picked Chardonnay & Pinot  Noir grapes to the time honored méthode traditionnelle of resting the bottles in caves.

The 2010 vintage will be remembered as one of the coolest growing seasons on record. Cool weather during bloom caused a light crop and also slowed the ripening of the grapes which delayed harvest. The combination of a light crop and extra hang time on the vines produced fruit of excellent concentration and character.

Gratitude is a special, limited production 2014 vintage rosé that expresses everything we feel for our community. This is their third vintage of making Gratitude. Iron Horse released the first vintage during the 2017 October fires.

And, like that first release, $5 a bottle sold is going to The Redwood Empire Food Bank, providing critical food both in times of disaster and every day for those in need from Sonoma County to the Oregon border.

Thank you to Beck Hopkins, Kristen Green, Lisa Mattson, and Tia Butts for helping me get my sparkling wine fix on the days when I needed it most!